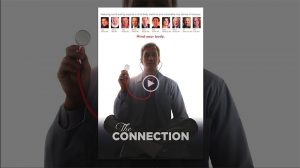 Stress management can prevent the occurrence of chronic diseases

Chronic illnesses have become increasingly common in the past few decades. Diseases like multiple sclerosis, heart disease, cancer, chronic pain, infertility, autoimmune disease, etc are on the rise. ‘The Connection’ is an interesting documentary which explores the causes of these chronic illnesses. Western medicine tried to find the answers through various research studies, unfortunately, many medical experts could not pinpoint the root cause. This film shows how recent studies are focusing on comparing treatment only recovery vs. treatments with therapeutic meditation recovery.

The link between mind and body

Growing up in China and working as a TCM (Traditional Chinese Medicine) practitioner, later on, I always knew there is a strong link between mind and body. This connection, however, can be difficult to understand, as TCM theory isn’t always easy. This documentary explains well how they both work together.

Throughout history, the mind and the body were never separated and were seen and treated as one. Due to modern advanced scientific discoveries and new technologies in medicine, the mind-body approach was lost; where academic medicine rejected the mind-body connection.

The documentary highlights that the reaction of the mind and the body to the outside environment is critical; that emotions cannot be felt in the brain but can be felt in the body. The film explains that emotions do have profound consequences on the body and can lead to a cumulative effect on the body, both in the short and long term, even to the extent of causing diseases. This argument was supported by a study which showed that people with happy lives lived approximately 10 years longer than unhappy people; as well as optimistic people have a smaller chance of getting heart disease than those who are pessimistic.

The mind has the power to heal

The film shows how through research and major advances in brain studies, there has been a growing body of evidence that the brain has the power to heal. Throughout the documentary, several doctors went on to present how the body always responds to what the mind tells it to.

Moreover, the brain can influence the body even on the cellular level.

The film also presents breakthroughs where it has been recognized that the body can reverse stress responses that cause major physiological changes by activating relaxation responses through the therapeutic use of meditation. An example of the stress response in the film was the fight or flight response (stress) which works as an activation response. The documentary stated that studies showed how mediation brought a reaction opposite to that of the stress response, where there were a lower heart rate, slower breathing, and slower brain waves. For the first time meditation was considered a science because its results were predictable, measurable and repeatable. Doctors in the documentary stress that when stress is managed there is a higher chance of preventing the occurrence of chronic diseases and that by meditating the brain activity is reduced.

In the documentary, researchers, through the placebo effect studies and the placebo healing response, obtained proof that the change in beliefs and attitude of people towards their treatment and healing did help them and their symptoms, making scientists and doctors agree that there’s a biological manipulation of symptoms that the mind controls.

The documentary also explores the role of genetics, the way genes are expressed, maybe be affected by stressful experiences by turning off good genes and turning on bad genes that can promote diseases such as cancer. And thanks to advances in research technology it’s a fact that through the relaxation response, genes can be inactivated and activated.

I highly recommended ‘The Connection’ to anyone who wants to understand how your body connects to your mind and how powerful the mind is.