How TCM’s 7 Emotions Affect Your Health 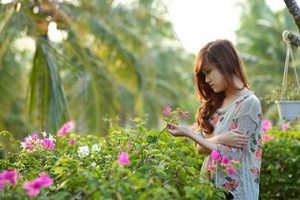 These emotions when experienced in an overpowering, uncontrollable way, can cause injuries to the internal organs, and in consequence, lead to disease. For example, according to Su Wen “Yin and Yang big theory” (206BCE-220CE)

An excess of joy affects the heart, as it can lead to sorrow.

It slows the Qi and can lead to:

It makes Qi ascend and can cause:

Worry stagnaates or knots the Qi, depletes blood and can lead to:

Spleen Qi deficiency that can cause:

Heart blood deficiency that can cause:

It weakens, depletes, or dissolves the Qi and can lead to:

Extreme sorrow also affects the lungs and can result in lung pathology.

It affects the kidneys.

Makes Qi descend and may cause:

Fright primarily affects the heart. If it’s felt for the prolonged period, it moves to the kidneys.

Fright confuses or scatters the Qi and causes:

Excessive stimulation of severe trauma or bad emotions can lead to a reversal of Qi and blood, and visceral disorders, which can result in the occurrence of diseases or worsening of the disease.

According to the Traditional Chinese Medicine theory, once the emotions are injured, the abnormal movement of the human body’s Qi movements occur. The disorder manifests itself as qi deficiency, qi stagnation, qi depression, reversed the flow of qi, qi and blood disharmony,  qi descending downwards, and blood stasis with qi stagnation and other symptoms of qi and blood disorders.

Even though the seven emotions mainly affect health when they are excessive, some people can get sick due to lack of emotions. Experiencing feelings and emotional stability are cornerstones of good mental health. Too strong or too weak emotions can lead to physical and mental disorders. For example, if you are excessively happy, you can develop mania, but an insufficient feeling of joy can induce psychosomatic disorders. Excessive anger can lead to cardiovascular diseases, strokes and other diseases; while deficient results in lack of motivation for life. Too much sorrow will lead to depression, but not enough will cause a lack of resilience.

The pathogenesis of the seven emotional cause diseases and the pathological relationship between the internal organs have inherent unity and integrity. Excessive emotional activity causes severe yin-yang energy imbalances, abnormalities in the flow of blood, Qi blockages in the meridians and impairment of vital organ functions.

The emotional injury is often, the first to hurt the liver, causing liver Qi stagnation, followed by liver and spleen. This causes the stomach to lose its harmony and therefore manifests itself in emotional restlessness, chest fullness, stomach discomfort. Qi stagnation leads to Fire and fire disturbs the mind, causing psychological and pathological changes and symptoms such as restless mind or excessive dreams. If it’s experienced for a long time, the exhausting Qi hurts yin, so the yin essence is deficient, and the kidney is affected. If the kidney loses moisture, it leads to qi reversal. Seven emotions illnesses can cause any internal organs to interfere with each other, and they are mutually restricted and interacting.

This is also an important basis for clinical syndrome differentiation and treatment of Traditional Chinese Medicine.

In addition to emphasising the overall view of the person, the concept of the 7 emotions also highlights the unity of people with nature and the social environment. Environmental factors lead to changes in emotions and abnormalities in physiological functions.

We need to treat not only physical diseases but also emotional imbalances to truly heal the body and treat their root cause, which often is in a person’s mind.

Are you experiencing any of the seven emotions and are suffering from connected ailments? If yes, then get in touch to see how I can help you.