Acupuncture side-effects – what to expect? 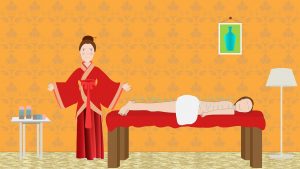 After your acupuncture treatment, it’s not uncommon to experience some side effects known in Chinese medicine as a detoxing reaction. They are signs that the treatment was effective, rather than being a symptom of something wrong. They come with the curative effect for patients indicating that the body itself is adjusting or correcting as a result of the treatment. It is temporary, not everyone has it, or it can happen only once.

Have you ever wondered whether you should give acupuncture a go?

But, does acupuncture work?

You might have heard that apparently Sandra Bullock gets acupuncture 3 times a week! It’s in her contract and studios have to pay for it!
Elle McPherson has it done regularly, too. She claims: “I do choose to look after my body from a Chinese medicine perspective, which promotes and maintains wellness rather than treats illness”. Jennifer Lopez dropped 15lbs with help of acupuncture and Chinese herbs. Jennifer Anniston does it, Angelina Jolie does it, Sean Connery, Madonna, Oprah, Lucy Liu, Kim Kardashian..the list goes on and on!

So is it just another fad you might ask?

Absolutely, not! Acupuncture has been invented 5,000 years ago, and practiced since over 3,000 years, which makes it one of the oldest practicing forms of medicine known. World’s largest population – over 1.3 billion Chinese people can’t be wrong!